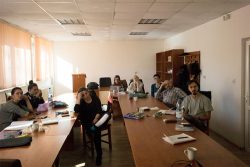 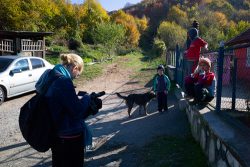 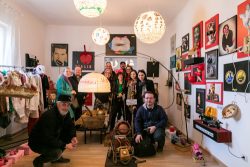 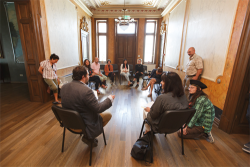 A highly applied program in the production of non-fictional content for cinema, television, and new media platforms.

Do you want to make a documentary film, but never managed to turn your idea into reality?  Register to the Master of documentary filmmaking program and in two years you will see your ideas come to life. You will learn how to write, direct and produce your own film, from a simple idea to the final cut! This program offers you the opportunity to work with:- professors, tutors, and international experts – filming and editing equipment- some of the most important players in the non-fictional film industry The Master’s program of Documentary Filmmaking (in English) at Babeș-Bolyai University is the first academic initiative in Romania to specialize in the production of non-fiction film. The program is addressed to graduates in Cinema, Photography, Media, or Performing Arts, as well as to graduates from other fields, who have the skills and passion for documentary film.

The candidate will have an interview in English based on an individual documentary filmmaking project. The written and oral project will be accompanied by a 3-minute portfolio of video material, such as a teaser or trailer, either related to the proposed project or from previous projects.

The main focus of Master’s program of Documentary Filmmaking is to learn how to produce, direct, shoot and edit your own documentary film, that will represent the final dissertation work. The program offers various theoretical, and practical courses, with the possibility of choosing from a number of elective courses.

By the end of the First Semester, students will present in a public pitch, in front of a professional jury, the developing film project. The pitch will be based on a pre-production portfolio that will comprise a written proposal and a work-in-progress trailer.

During the Second Semester the students will continue to develop the pre-production portfolio, by finalizing the script and preparing the production phase (research, choosing film locations, starting the logistics, production planning, etc.).

On the Third Semester, students will enter the production phase, and start filming.

During the Fourth Semester the students will work on the post-production, image editing and sound design.

In order to finalize their studies, students will be expected to have completed all the credits comprised in the learning plan, as well as writing a dissertation paper that will be presented in a public session.