Janovics Center for Screen and Performing Arts Studies is affiliated with the Faculty of Theater and Film at Babeș-Bolyai University. It aims to advance interdisciplinary research in the fields of performing and screen arts: theatre, performing arts, film, television and media. The center is dedicated to researching the dialogue of these arts with contemporary society. It supports projects that study reception in theatre and film; cultural consumption in the context of digitalization; theatre, film, television and digital media iconography; the relationship of film, television and theater with new media; digital distribution; and theatre and visual anthropology. It also supports projects that approach the institutional system in culture, legislation on the operation and financing of entertainment and film institutions, and sustainable cultural management in the field.

The Janovics Center for Screen and Performing Arts Studies takes over and continues, at a superior level of quality, the activity of the “Vlad Mugur” Center for Research and Creation in Theater, Film and Media, started in 2007. CCCTFM Vlad Mugur has so far hosted several working groups on history, theory, and praxis in the fields of theater, film, and media, has developed impactful research, has consistently organized high-visibility international conferences, published collective and individual volumes hosted by prestigious publishing houses in the country and abroad, and has also edited the biannual scholarly journal Studia UBB Dramatica. The restructuring and renaming comes to respond to the members’ desire to give their research a wider international resonance, emphasizing both its interdisciplinary and multicultural character.

The center takes the name of an actor, film and theatre director from Cluj. Jenő Janovics was a pioneer of film production in the region, making his first film, The Yellow Foal, in 1913 and then starting the first local film studios, Corvina (1915) and Transsylvania Film (1917).

Leadership: The Center is headed by Miruna Runcan (Professor of Theatre Studies) and  Constantin Parvulescu (Senior Researcher in Film and Media studies). 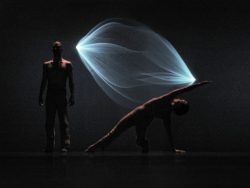 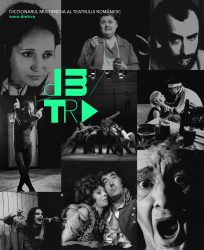 We invite submissions for our annual award for outstanding humanities research in transnational film and theatre studies. The award will be offered to contributions in the fields of film or theatre studies, books and articles.

The deadline for submissions is February 15, 2022. 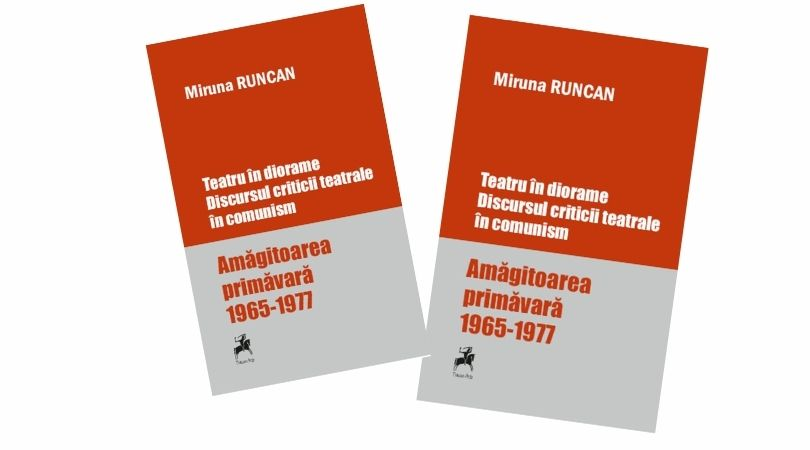 The Invisible History as Her Story. Women in Hungarian/Minority Theater. 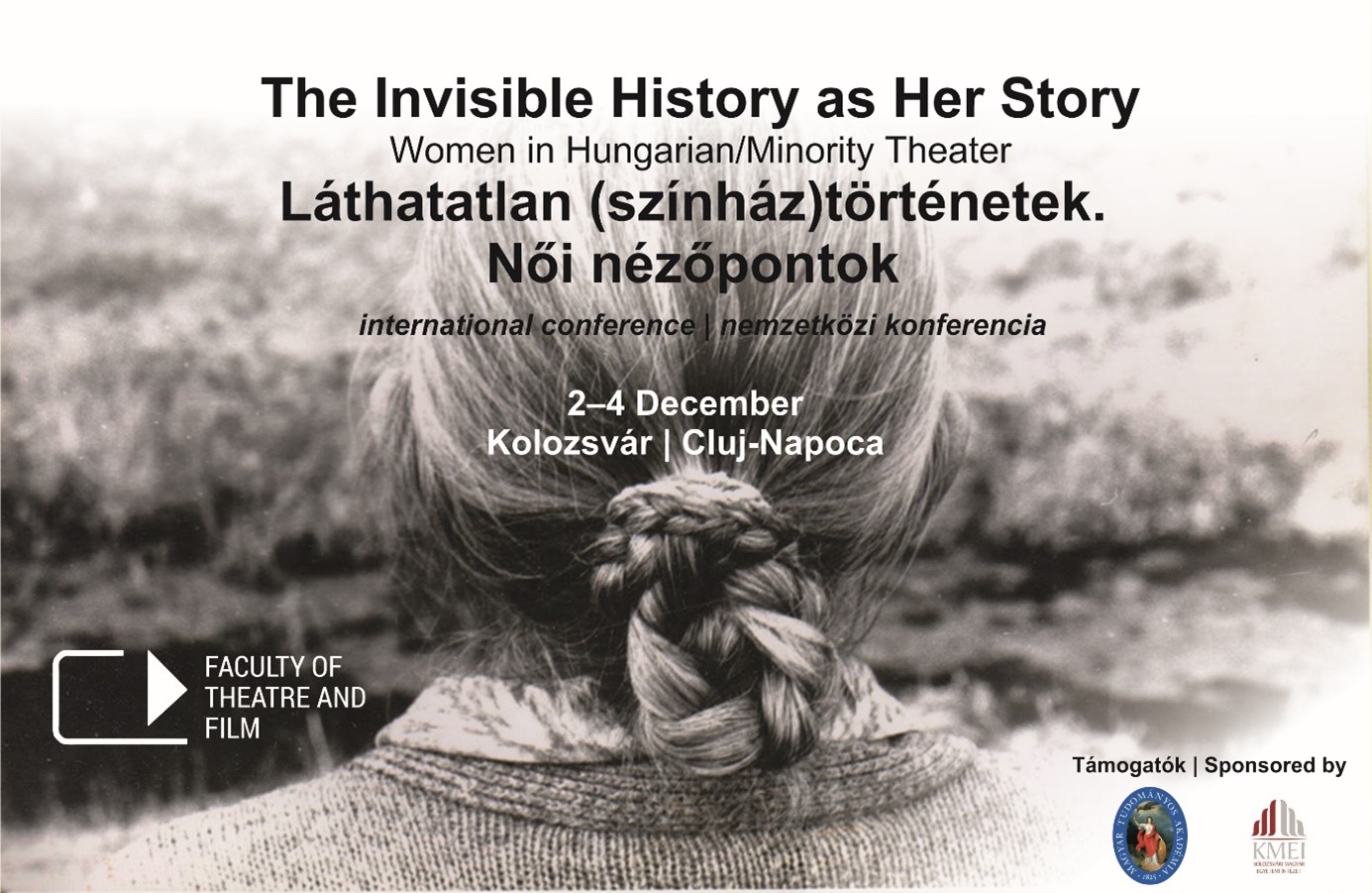 The conference takes place from 2nd to 4th of December in a hybrid format and it is supported by the Hungarian Academy of Sciences, the Hungarian University Institute of Cluj and the Babeș-Bolyai University.

The conference is bilingual, English and Hungarian, and interpreters will be provided for all presentations. 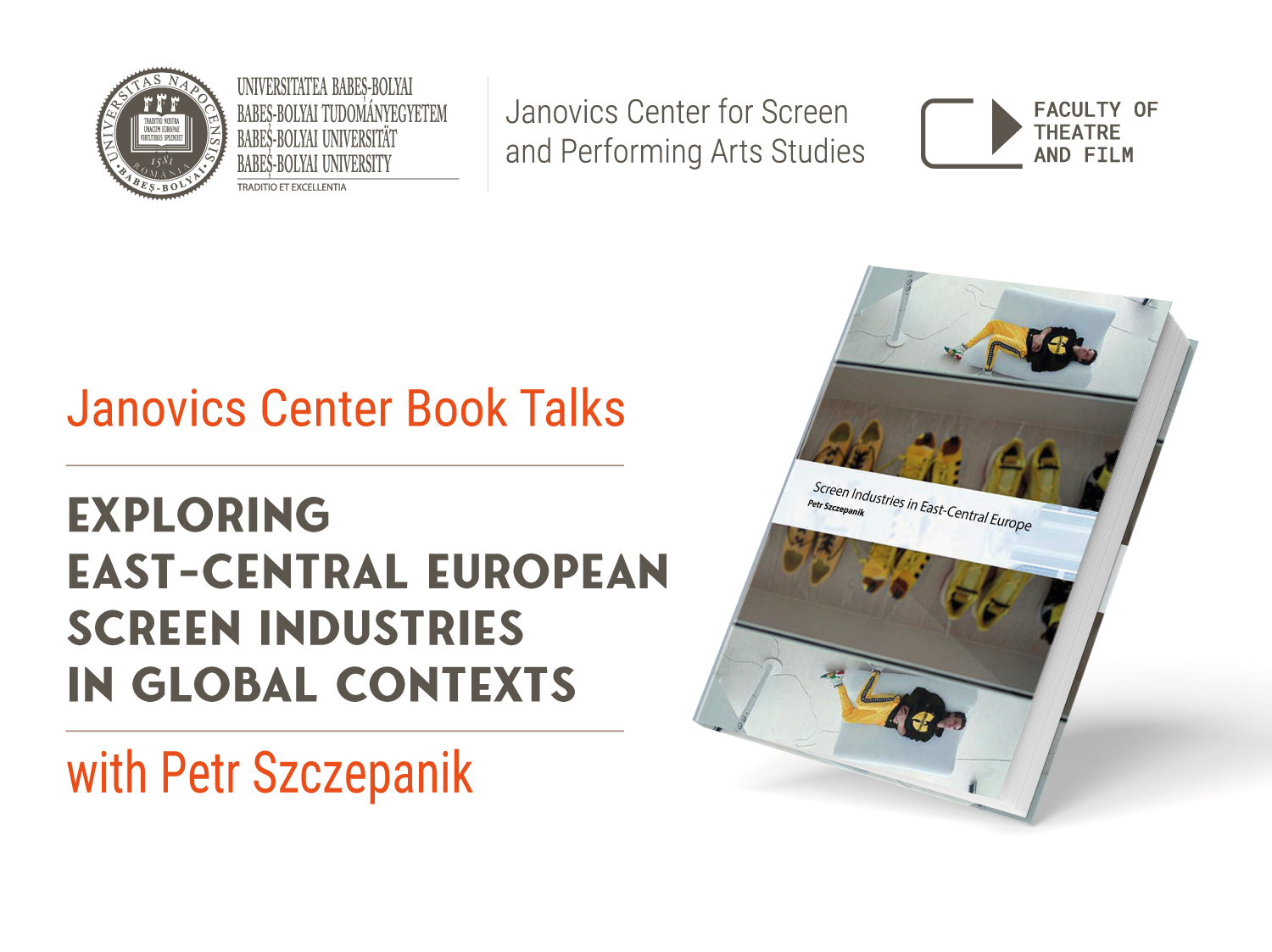 The Janovics Center for Screen and Performing Arts Studies organises a series of book talks with relevant authors from the industry. Audience is kindly invited on the 18th of November to meet Petr Szczepanik, author of Screen Industries in East-Central Europe.

This book provides an alternative perspective into the audiovisual and media industries of eastern and central Europe, namely the Czech Republic, Poland and Hungary. In doing so, it offers insight into the ways the screen industries of small nations are positioned in and respond to globalization and digitalization. Petr Szczepanik suggests that for these ‘digital peripheries’, globalization and digitalization are as yet incomplete, stumbling processes, closely intertwined with and mediated by deeply local circumstances and players.

Instead of a top-down economic or political overview, this book places central focus on the lived realities of producers as key initiators, facilitators, and cultural intermediaries. Drawing on in-depth interviews, it looks closely at how their agency is circumscribed by the limited scale and peripheral positioning of the markets in which they operate, and how they struggle to come to terms with these constraints through their business strategies, creative thinking and professional self-perceptions.

Moderated by professor Claudiu Turcuș, the talk titled Exploring East-Central European Screen Industries in Global Context, will be held online at 4.00 pm on 18th of November on zoom link: https://zoom.us/j/97017691384?pwd=NUplMUcvdm92dWl5bFVGb2tCTHlwZz09

The book is available as open access through the Bloomsbury Open programme and can be downloaded from www.bloomsburycollections.com.

Event – The Janovics Center for Screen and Performing Arts invites young and senior researchers, academics, and students to the debate-seminar

Archive Adventures: The Activation of Visual and Performing Arts Archives 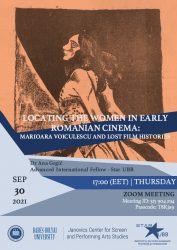 by Dr Ana Grgić (Advanced International Fellow – Star UBB)
The seminar will be held online via Zoom, and followed by a Q&A.

News – In May 2021 Romanian Association for Performing Arts (ARPAS) received the AFCN Award for ”Reviving the Immaterial Heritage” for the project The Multimedia Dictionary of Romanian Theatre- DMTR.ro, project leader Cristina Modreanu.

News – Cristina Modreanu will join the Theatre Department of UBB as an affiliate researcher starting October 2021.

Event –   Romanian Theatre Heritage: A Dictionary for the next generations

We are excited to announce that The Multimedia Dictionary of Romanian Theatre -DMTR.ro will be presented in the frame of the National Theatre Festival in October 2021 on the occasion of the uploading of the 100th dictionary entry.

The occasion will be marked by introductions made by three of the researchers who have been actively involved with the construction of the Multimedia Dictionary, the project leader, Dr. Cristina Modreanu (researcher, UBB), the senior researcher and students coordinator Dr. Miruna Runcan (professor, Theatre Department, UBB) and theatre critic and producer Oana Cristea Grigorescu.

We will keep you updated on the exact day and hour and you are invited to join us on the celebration of this event.

To make a donation and to learn more about our mission, please contact Constantin Parvulescu at
constantin.parvulescu@ubbcluj.ro.
Thank you!