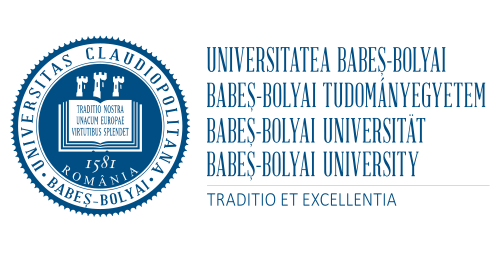 BBU is a public higher education institution whose mission is to promote and support the development of specific cultural components in the local, regional, national and international community.

In the current context, these components are:

Babeș-Bolyai University is today the oldest, the largest and, in many ways, the most prestigious university in Romania. The institution has roots going back to the Renaissance period and was founded under a distinct sign of multiculturalism: a Hungarian prince of Transylvania, Stefan Báthory, who in the meantime had also become King of Poland (in fact of the Polish-Lithuanian Union), at the persistences of the Italian Jesuit Father Antonio Possevino, issued in Vilnius (in today’s capital of Lithuania) in 1581 the decree establishing the Cluj College Major (highly ranked, equal to universities in Germany, France and Italy); the first rector was Polish, the professors were Italian, Polish, Hungarian or German, the students were to be of different confessions and ethnicities; the Romanian Orthodox prince Nicolae Pătrașcu, son and heir of the great prince and prince Michael the Brave, was to be among them. Lectures were taught at this university, over time, in Latin, Hungarian, German and – after the First World War – also in Romanian or in international languages. The shortcomings of nationalism that occurred in modern and contemporary times, the oscillation between acceptance and exclusion or between real and formal tolerance, which are to be found everywhere in the world, have not avoided our institution either, but have always reaffirmed – even in times of need – its calling as a “benevolent mother” (almamaternapocensis) for all those gathered under the banner of teaching and education (litteris et virtuti).

Universities everywhere in Central and Eastern Europe, especially in the modern era, became advocates of ideas of national emancipation and nation-building. They were the institutions which, through the intellectual force they represented, shaped the evolution of nations and states. This role has continued, because the languages, confessions, traditions and cultures of the various nations and ethnic groups are part of the heritage of humanity and must be defended and promoted, each according to its own specificity, with one important caveat: the specificity of each group must be affirmed and defended through dialogue with other groups, through mutual knowledge and appreciation, through real and mutually beneficial interference.

The institutional history of UBB is a synthesis of the entire cultural, scientific and confessional tradition in Transylvania – where the principle of religious tolerance was declared for the first time in Europe in the 16th century – which created the necessary premises for the university to pioneer a multicultural and multilingual educational programme that is appropriate both to Romanian legislation and to European regulations and values. By adopting multiculturalism as its main method of functioning and development, Babeș-Bolyai University caters to the need to continue the tradition and ideals of building a united Europe.

Linguistic and cultural diversity are defining elements of UBB, representing the specificity that differentiates not only in the Romanian university environment, but also in the European context. The multiculturalism promoted by Babeș-Bolyai University has become, even following the appraisals of European officials, a model at continental level. The heritage and the multicultural community in Transylvania are a state of affairs that UBB recognizes and assumes both as a social environment and as an object of its own action. Through this policy, UBB reflects simultaneously, in its administrative organisation, the multicultural structure of Transylvania and the unity in diversity of the European Union. The multicultural dimension is not an end in itself, but an assumed option of institutional development, through which UBB creates an environment conducive to teaching and research excellence, to the generation of vision and solutions for the local community and society as a whole.

In the very small family of multilingual and multicultural universities in Europe, Babeș-Bolyai University is unique in that, through its Charter, it has set up departments in Romanian, Hungarian and German, and these have their own representation and decision-making autonomy at all levels (department, faculty, university). In this way, BBU ensures and guarantees linguistic and cultural specificity not only in the conduct of education, but also in the way it coordinates it. From a linguistic point of view, UBB has one of the most complex systems in Europe: each student is free to choose the language in which he or she studies (Romanian, Hungarian, German or other international languages), and the study programmes can be conducted entirely in the chosen language. Multicultural development is also guaranteed institutionally by the fact that the structure of the university is organised according to the three major strands of study (Romanian, Hungarian, German). In each of the 21 faculties of the university (with the exception of four faculties where there are no Hungarian or German lines of study and two faculties where there is no Romanian line of study), a vice-dean belongs to the Hungarian or German minority, as the case may be, with the responsibility and obligation of coordinating the activity of their respective lines of study. On the Rectorate level, the Hungarian and German lines are represented by a Vice-Rector and a Deputy Secretary General, and in the Senate by a Vice-President.

Within the Senate, study line groups are set up with the task of preparing and implementing decisions concerning those lines. Their activity is regulated by the organisational and operational regulations of each line of study, and one of their main tasks is to prepare and submit decisions concerning them to the Senate for approval. The groups of the Romanian, Hungarian and German study lines are led by the vice-presidents of the Senate, elected through a secret vote by the senators of the respective study line. They, together with the Senate President, represent the three lines of study in the Senate. The Senate also has a committee for intercultural dialogue. It proposes ways and strategies to strengthen the multicultural character of the UBB, to coordinate the activities of the lines of study within a unified University framework, and monitors the work of the vice-rectorates responsible for the organisation and functioning of the lines of study.

This multicultural structure is also reflected in the postgraduate programmes as well as in the network of 12 university extensions in Transylvania. Students from the Romanian, Hungarian and German language departments actively participate in all activities organised by the University and elect their representatives to the UBB’s faculty councils and Senate. It is more and more evident nowadays that the principle of multiculturalism is more and more clearly doubled, within BBU, by the principle of inter-culturalism, based on the mutual sharing of the values of each group.

Such a structure, integrated and distinct simultaneously, fully respects the founding idea of all universities – to be communities of scholars and disciples – as well as the raison d’être of a united Europe – to promote intercultural dialogue, to preserve the identity of each people through respect for each people. BBU teaching staff are convinced that, in the current European environment, it is no longer sufficient to defend group identity without mutual knowledge.  Though this knowledge requires mutual reception and understanding, which can only be achieved through dialogue and communication, creating the necessary conditions to promote the interests of each group and the community as a whole.